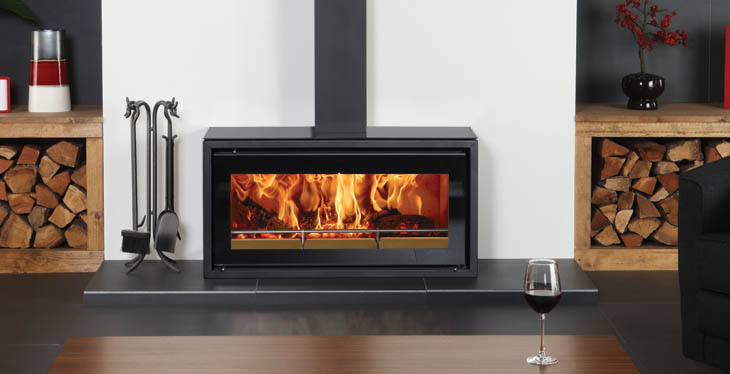 Burning wood costs 4p per kilowatt hour compared with 5p for gas and oil and 15p for electricity. Some estate agents are also claiming that a woodburner can enhance the value of your property by as much as 5%. Woodburners are environmentally friendly as well, so three good reasons to join the 175,000 households installing woodburners each year.

The wood burning stove was once the preserve of the remote county cottage, but not today as more and more homeowners are looking to put a glow into their lives and reduce their heating costs. The once humble woodburner is now making inroads into smart city living as now 175,000 households are now installing wood burning stoves each year. One of the big installers in London is growing fast and has sold more than 600 stoves in central London this year. Sales across the country are up 35% in 2013.

Wood is environmentally friendly emitting less carbon dioxide than some other fuels, which means that with some low emission burners can be used in smoke free zones in towns and cities. Wood as a fuel is green, sustainable, renewable, and if burnt cleanly can be 100% carbon neutral, as it gives off as much carbon dioxide when burnt as has been  absorbed during the lifetime of the tree. Most firewood in this country comes from sustainable sources, so for every tree cut down another is planted, and the carbon released from the felled tree will be absorbed by another tree.

Woodburners are not cheap to install, with the least expensive installation costing in the region of £3000. However wood is one of the cheapest fuels to use. Burning wood costs 4p per kilowatt hour compared with 5p for gas and oil and 15p for electricity. So woodburners save their owners money, but also some estate agents are also claiming that a woodburner can enhance the value of your property by as much as 5%.